The brave French cartoonists of the satirical weekly Charlie Hebdo have not yielded to Muslim threats, but the French republic has not been able to protect them. The murders have got them even at a hidden and guarded location. The pirates are already on the ship – the robbers are inside the house – and the metastases have afflicted nearly all organs of the body. When Muslims constitute 10% population, there is no place to hide and survive in peace. The Western media and politicians pretend to believe
that the majority of Muslims are peaceful people who will eventually assimilate, but the Muslim majority disprove this illusion by their nearly uniform display of hatred toward their hosts. They are not benign symbionts contributing to cute multiculturalism but malign parasites who kill the host. Heinous crimes are being perpetrated by Muslims who already were born in Europe. If turning a blind eye to these fact, European culture will decline within several years. Now it is a critical period in the European history, and when a future writer of a Decline and Fall of the European Union looks back, she will surely mention “the biggest demonstration of European unity in Paris on 11 January 2015” as a symptom of the paralysis of the European will to survive. France organized a solidarity gathering of two million people, instead of merely sending two armed people to close the mosque in which the murders of the cartoonists underwent their anti-Western reeducation. Instead of prosecuting the French imams and deporting the Muslim extremists to the countries of their origin, the French government gathered, beside two million citizens, also representatives of 50 countries to condemn the violence; however, in order not to offend the Muslims, the first row of the biggest march of European history farcically shows many Muslim politicians, including Mali president Ibrahim Keita, Jordanian king Abdullah, Turkish prime minister Ahmet Davutoglu, and the head of the Palestinian Liberation Organization (PLO) Abu Mazen. 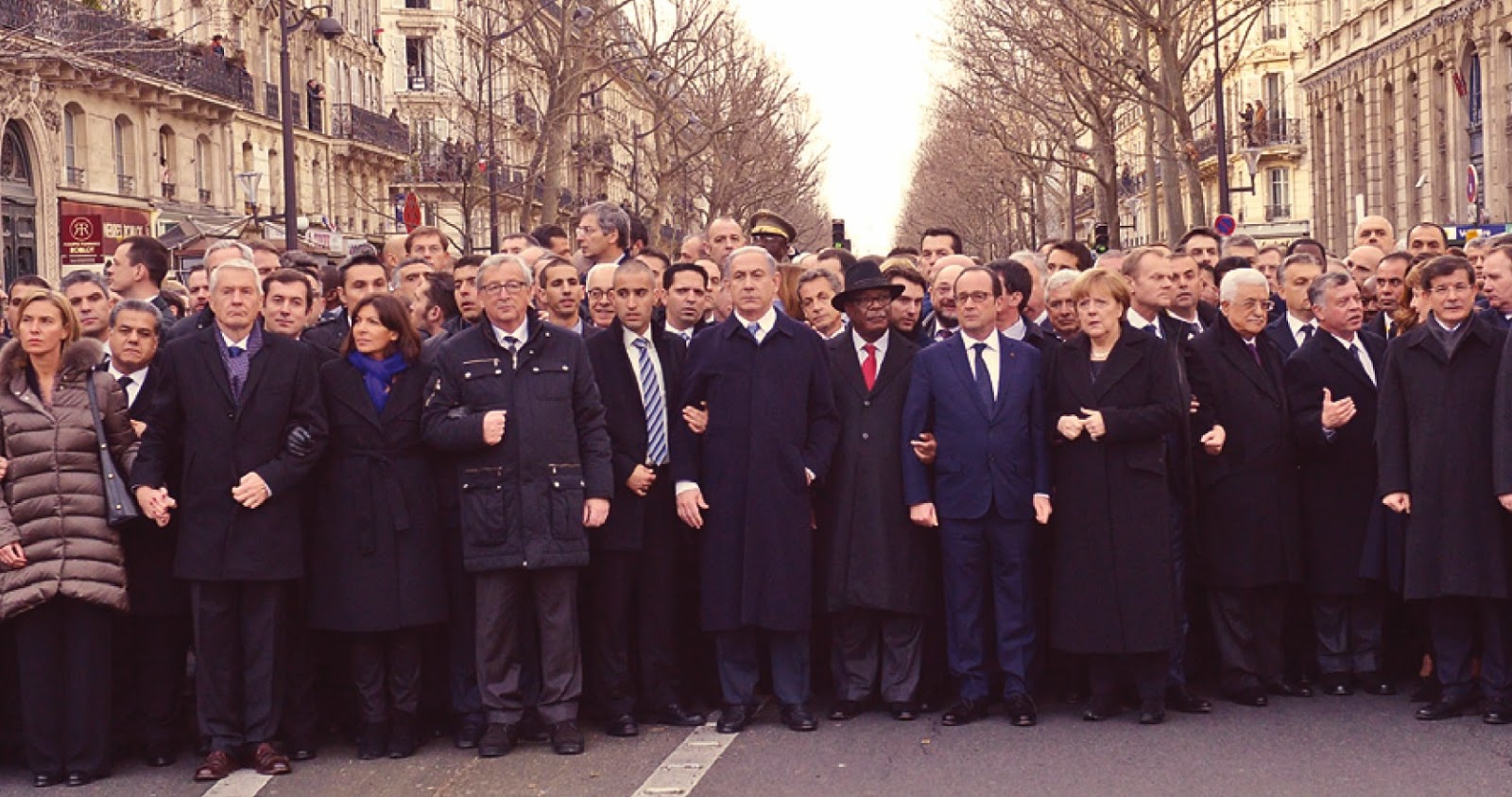 This farce is not only a French disease, the whole Europe has practiced such appeasement politics since the time of Hitler: they did their utmost to avoid a conflict with Nazis and waited till Nazis themselves decided to attack them, they sacrificed Eastern Europe to the Communists and waited until Communists themselves dissolved, and now again they only wait, but this time the enemy is much more global and, critically, it is inside the body of Europe; nowadays, there is no strong America to help Europe as in the previous cases – now even the US president is of Muslim origin.

Instead of drastic cure, terminally ill Europe applies shaman means of offering libations and appeasing the evil spirits. Supposedly rationalistic France keeps saying magic words (“Islam is a peaceful religion”, “terrorist’s interpretation of Islam is wrong”, “the majority of Muslims are good people”, “one of the murdered was also Muslim”, “extreme right is also dangerous”) and concealing the diagnosis, and mainly it avoids saying aloud the Name of the disease – Islam – lest the evil spirits rage. Instead of fighting for truth, freedom and security, the politicians and media repeat the mantra “We are Charlie”, which they should rather complete to “We are timid and stupid and we betray Charlie”. Proud French slogan Liberté-Égalité-Fraternité now sounds more like Perfidie-Lâcheté-Stupidité.